Depleted, Paris-Nice Must Go On

Depleted, Paris-Nice Must Go On 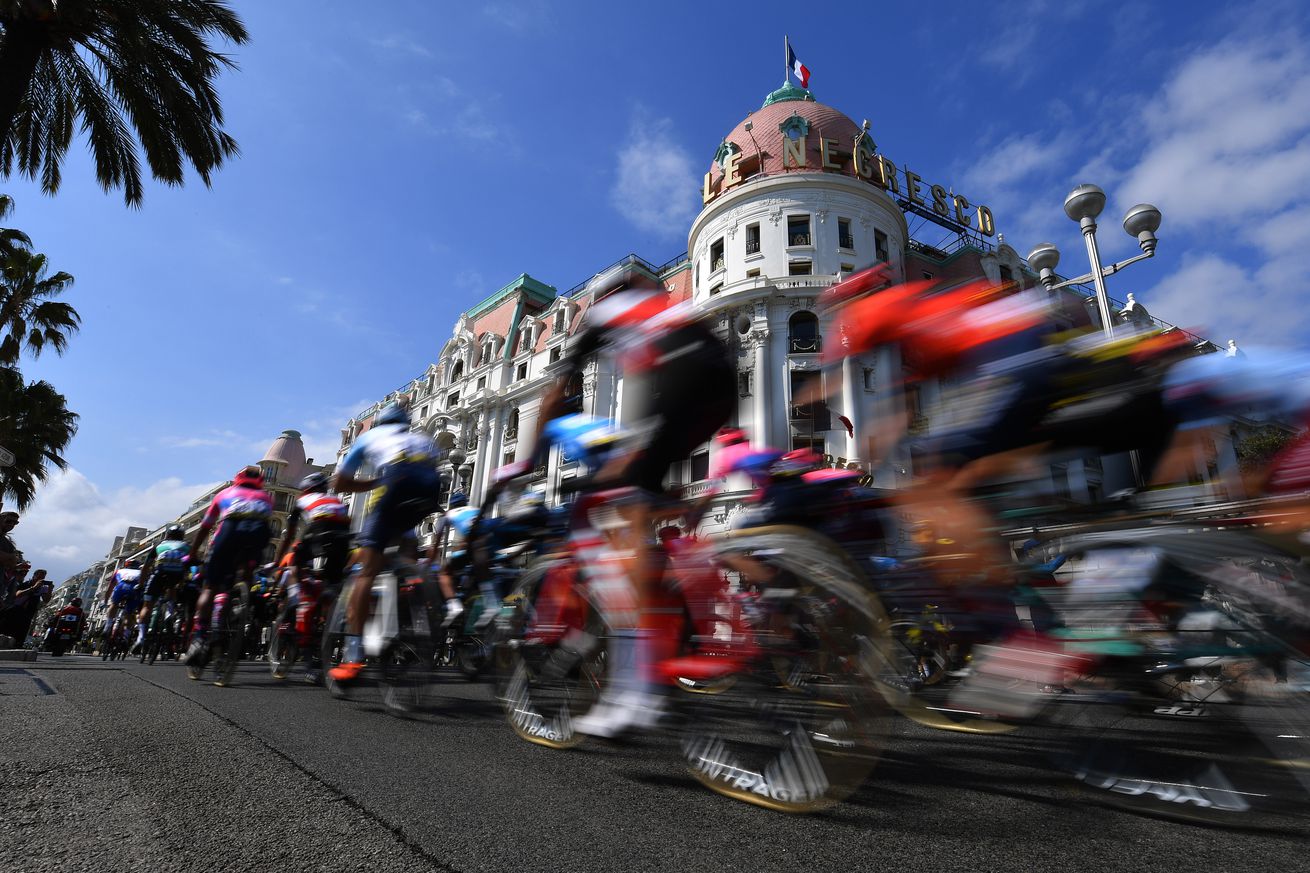 I’d been holding off on writing this preview. This is not epidemiology cafe, and after this paragraph I’m not going to go near the Coronavirus for the rest of this article. I’m keeping all the parts of this preview affected by Coronavirus cooped up at the top, quarantined if you will. However, it does bear speaking about. Ineos, CCC, Michelton, Jumbo-Visma, UAE-Emirates and Astana won’t be signing on; they’ve been replaced at short notice by a few ProTeams, and the ASO intern has been down the printers with a lot of templates ending in 8. With the Italian races cancelled and cases rising in Europe, this could be the last World Tour event for at least a little while. That’s assuming that one of the team members doesn’t get infected and the whole thing gets UAE’d all over again. In fact, that sounds to me like a quite likely scenario. Anyway, let’s assume that that isn’t going to happen and we’re going to have a totally normal Paris-Nice, if one with the startlist of a race about three weeks earlier in the season.

So when I looked at the route my first impression was, well, below:

Just having a quick glance at the Paris-Nice route before previewing it later in the week and WHY DID THEY RUIN IT?

My second impression is somewhat more charitable. The only pure sprint day comes on stage two, with the first day ending after a short hill which should lead to some sort of finisseur win: think Alaphilippe if he’s in the mood. Stage three comes very close to being labelled a sprint stage but the rolling nature of the final kilometres disqualifies it. It looks like a day for Sam Bennett, even if he is overpowered by Ackermann or Viviani on the flatter second stage. While those three look let to fight out the sprints, they should only have two days to do it as the long weekend is full of climbing and Wednesday’s stage four is an individual time-trial, with the breakaway likely getting its shot on stage five.

I’ll take a closer look at the four stages most likely to decide the GC, starting with the time-trial:

A little bit of climbing but not too much, and short enough to not completely ruin anybody’s week. I’m never a huge fan of seeing time-trials in one-weekers because I think they have a disproportionate impact but I do understand they have to be on some routes, sometimes. As they go, I’m fine with this one. So way to go, ASO, you didn’t ruin the race.

Stage six is easily the best-designed of the race.

Up and down all day, nothing too long and nothing too steep, still enough to dislodge all but a very small group. It’s set out so that any number of riders could win the day and form is what will really determine who comes out on top. It’s what Paris-Nice should be.

Stage seven, however, is in my opinion exactly what Paris-Nice should not be.

It’s a badly-designed mountain stage, ending with a long if not particularly steep climb. Now, I’m torn here because what I want to say is that sixteen-kilometre final climbs have no place in Paris-Nice and only really serve to make close finishes less likely while narrowing down the number of riders who can win the overall, without really upping the excitement associated with the race in any way. That’s what I want to say. However, I understand that that sort of thinking leads you to a certain place: Paris-Nice 2014. It was a great route, it led to brilliant racing, but practically no top-tier GC riders turned up. And when they design this race every year, they do so with an eye to attracting riders so I understand why we go to Valdeblore la Colmiane next Saturday.

Anyway, I’m just whinging. Paris-Nice went there only two years ago and while I don’t have much memory of the stage itself, the final stage which it set up was as gripping as we’ve come to expect from the final stage of this race.

That’s why stage eight from this year’s route is a bit of a disappointment.

It’s short, it’s hilly, it’s a loop from Nice to Nice, what could I possibly have to complain about? This stage is easier than we’re accustomed to from recent years and most vitally, the last twenty kilometres are downhill or flat. That lowers the chances of the always-entertaining desperate pursuit to the line which worked in the favour of Soler, Thomas and Henao in recent years, while working against Yates, Contador and well, Contador.

And yes, I understand my argument here sounds like “I want Paris-Nice to be exactly like it was between 2016 and 2018 and I cannot accept anything which lowers the chances of this.” It sounds like that because it is that. It’s not going to get better. A close race over tough terrain, preferably but optionally in bad weather with preferable but optional crosswinds in the opening stages are what we should want from Paris-Nice. Some of those things are uncontrollable. Some of them are only a bit controllable. But I’ll take what I can get.

To look at who’s going to win, I must warn you that startlists aren’t totally final and probably won’t be until it would too late for anyone to read this. As is, there isn’t any particular standout favourite and nobody will let you bet on the outcome. Nairo Quintana is here to show us if he was digging up fools’ gold over in Haut-Var. Thibaut Pinot (the best climber at last year’s Tour de France goddamnit I will die on this hill) is here as well, but he’s never really been a prep-race guy and I get the impression he’s somewhat lower on a peaking curve that some of the others.

Sergio Higuita rides. He won the race of young South American EF sensations back on his home patch. Speaking of young sensations, Pogacar beat Higuita into second last time he challenged at a World Tour stage race. The Slovenian is absent this time making it all the more likely Higuita will soar. Romain Bardet has shifted camps from Tirreno but the time-trial should put paid to his chances of winning the thing. Richie Porte is here too. Your guess is as good as mine, but mine is not optimistic. Nibali will fight him for leadership and I can’t see that going well for anyone involved. Dylan Teuns finished second at Valdeblore la Colmiane in 2018 and looks fine for a top ten if not better. (EDIT: Max Schachmann should be good for a stage somewhere along the way and is a podium contender).

However, none of them seem as suited for this race as Julian Alaphilippe. He can stick with them on the summit finish and all the other consequential stages seem perfect for him. He’s got a clear schedule for a little while now so this seems like the perfect time to show that he’s going to start 2020 where he left things in 2019.