Notes from the Early-Season Desk

Notes from the Early-Season Desk 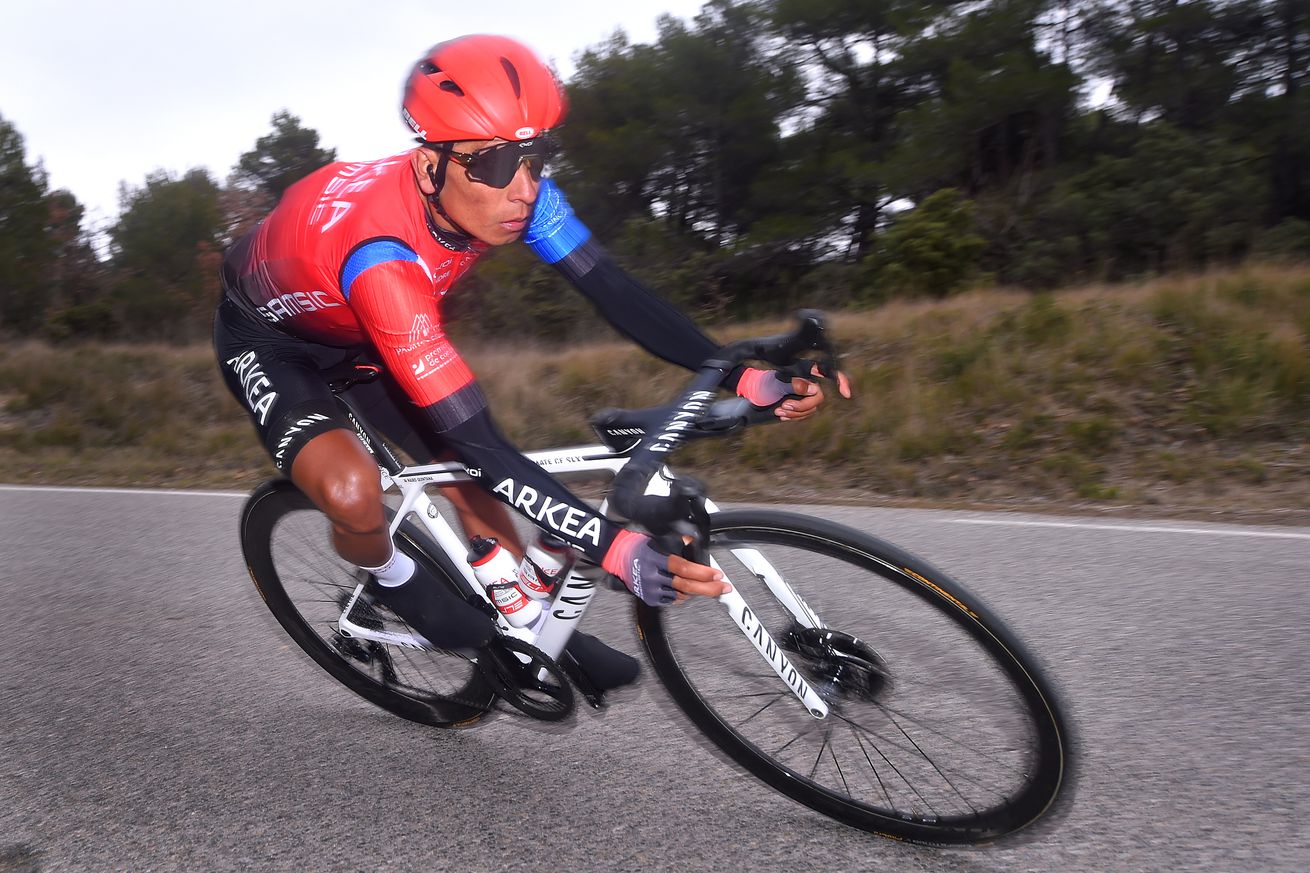 For those of us who fancy we know a little about this sport, these February races are like a valuable day in the classroom. Sure, we’ll spend some time looking out the window and passing notes while important concepts are being explained to us, and a whole lot of cramming will be required before the big exam, but a bit of information is going to get through to us one way or the other. This year more than any other.

The prominence of the big names in the Algarve, Haut-Var and Andalucia means that we could scarcely avoid taking something from the past week. Short of a winning trio of Maurice Garin, Riccardo Ricco and Bradley Wiggins, I can hardly think of a set of results that would have set tongues wagging as effectively. The winner I’m most interested in talking about is Nairo Quintana, the man who is now being touted to free himself from the Arkea-Scrapheap and jump on the Arkea-Spaceship. Or, alternatively, this is the same Nairo Quintana who in 2016 won the Tour of Catalunya, the Tour of Romandie, the Route du Sud and absolutely tanked in the Tour de France. I think we’ve all been washed away by the riptide of Nairoptimism one too many times to get pulled quite so early on. Swim parallel to the shore, that’s the trick.

Remco on the other hand? That guy has me hook, line and sinker. He is no mere Belgian Climbing Sensation, rather a Belgian Everything Sensation. He will probably win the world time-trial championship this year and start challenging for stage-race success à la Ala. Spare a thought for Dan Martin. If you’d told me before the race that he would start the final stage level on time with Evenepoel and finish a second before him I’d have been thrilled. The fact that Martin started the final time-trial two minutes before the Belgian and plummeted out of the top ten on GC would have come as a nasty twist. Even so, last week showed encouraging performances from Martin who had a year to forget in 2019. The same can (marginally less charitably) be said for Miguel Ángel Lopez, who is no longer eligible for the youth classification and as such really needs to get about the business of delivering on that promise of his.

One-line observation time: Ryan Mullen beat Elia Viviani in a sprint, I really need to be thinking of Max Schachmann as a bigger name than I currently do, Amaro Antunes has slunk back to W52/FC Porto and Cees Bol is no Jetse.

Meanwhile in Andalucia, Jakob Fuglsang hasn’t let anything that happened in the offseason set him back. He jetted to two stage wins and two narrow second places in a comprehensive overall win. His fifty-nine second advantage on second-placed Jack Haig was the largest margin of victory in the Ruta del Sol since 2005. Haig himself is another standout from the Spanish race. He is another touted climbing sensation who may now deserve the moniker.

One liners: Brandon McNulty should be on your VDS team, Bahrain-McLaren’s jerseys are my new favourite, Mikel Landa will continue to lurk around top tens this year and Dylan Teuns will win plural Grand Tour stages and maybe Liège.

As I write, the UAE Tour goes on. Caleb Ewan has just beaten Sam Bennett on the Hatta Dam, but I think that’s a result that reflects every bit as well on the Irish champion. The only way that Hatta could be a better-suited finish to the Lotto rider would be if it were transported to a suburb of Adelaide. The same cannot be said of Bennett who as an espoir might have enjoyed a bit of a climb to the finishline, but is now pretty much a pure sprinter. Now, if he doesn’t start his sprint from the middle of the peloton as he did on Sunday’s stage one, he might just be able to achieve something. Tomorrow comes the climb to Jebel Hafeet, the only mountain in Abu Dhabi. The fun thing about the UAE Tour is that it attracts even more super riders than the other early season races, but somehow an even greater percentage seem to be hilariously out of form.

We get to see Chris Froome take on a mountain competitively for the first time since his crash and I’ll use this space to say that I hope he totally crushes it and leads Sky into the Tour, and if you don’t hope that then you’re wrong. Not because his great career should end in injury and not because he is owed another shot. No. To want Chris Froome to not lead Sky into the Tour is to not want to see Froome v Bernal v Thomas v everybody else. Those levels of polemica deserve as big an audience as they can get.

Tadej Pogacar is going to win on Jebel Hafeet, by the way. But you knew that.