Home/Memes, VOTING/MORE VOTING: Memes of the 2020s Round 2!
Previous Next 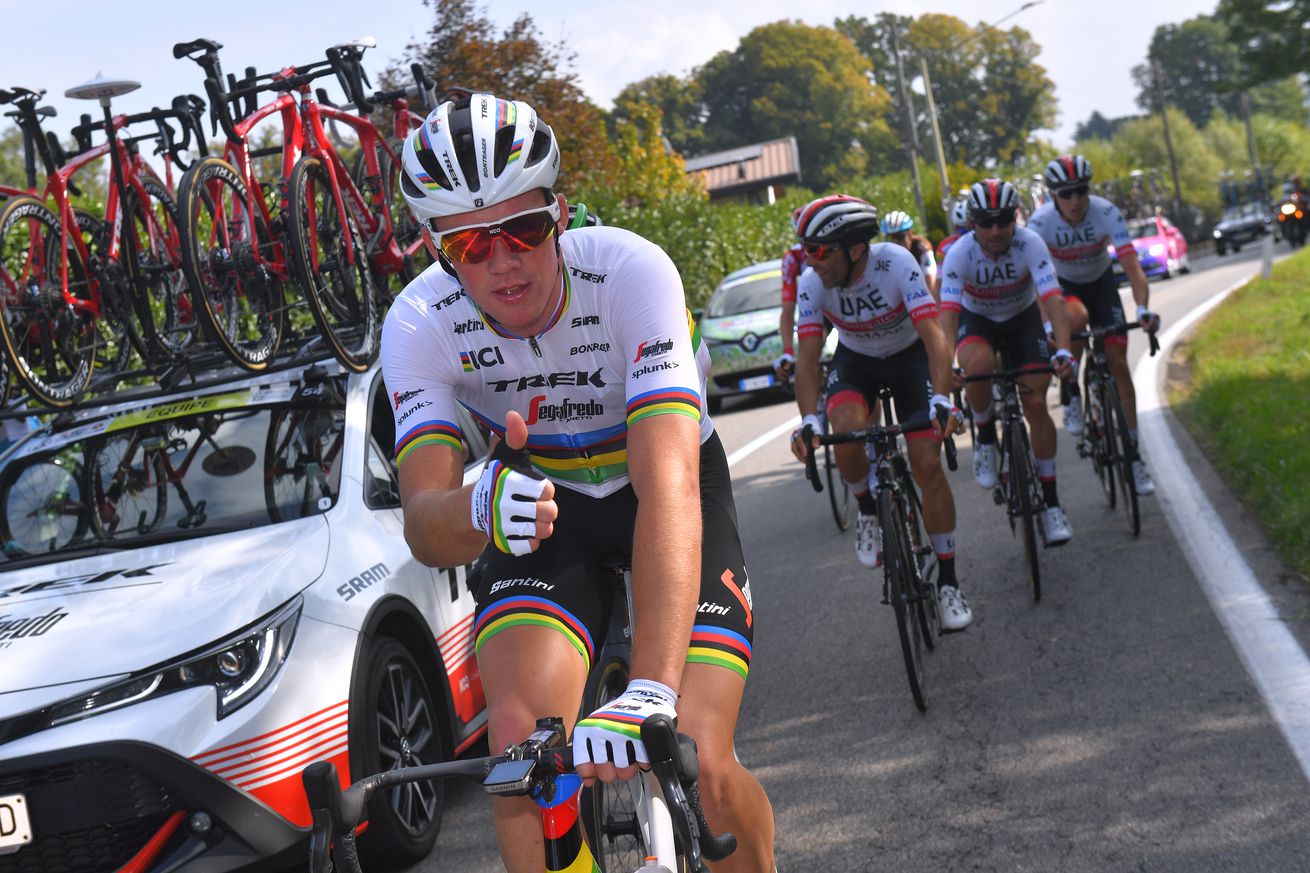 You know what to do

Round 1 included one bona fide nailbiter, but the results have been certified, and it’s on to round 2. The closest call was the elimination of Primoz Roglic Regrets — the vague sensation that we might wish the Slovenian Giro champ had started his career on time rather than hitting his stride as a cyclist at age bloody 30. Tom Pidcock, as springy a spring chicken as you’ll find, did in Old Primoz’ legacy; after that there weren’t any truly close calls. Let’s fire up the polls again for Round 2!

First Round Recap: Quinn Simmons, Brandon McNulty, Magnus Sheffield… there are a number of kids on the way, enough to vanquish the favored Ivan Sosa in a mild upset. I suspect Climbian Fatigue may have set in by the time you got through the opening post (which you should read if you don’t understand what you’re supposed to vote for).

Second Round Notes: Speaking of Climbians… Exhibit A awaits. Bernal is the initial favorite after winning the Tour de France, duh, but I suppose you could see him not being a lock for five straight. If nothing else, he’s just one guy against a theoretically infinite number. OK, against the population of the US anyway.

First Round Recap: Nys crushed Stefan Kung with Nys-like ruthlessness. Kung is getting up there in age, as far as “rider of the next decade” predictions go, but there’s no consolation for being blown out by a teenager.

Second Round Notes: Next up: a bunch of guys barely younger than Thibau’s dad! Sagan, Ala, Pinot, Nairo, Froomey, G and the boys… even Valverde. Guys who are actually dads. But aging isn’t what it used to be, riders have had a bit more (ahem) luck putting it off lately. So if Sagan is still battling Kristoff for the 2023 Ronde van Vlaanderen title, well, don’t be so shocked?

First Round Recap: Philipsen dumped the higher-seeded Filippo Ganna by a considerable margin. It’s almost as if the Podium Cafe is read by a disproportionate number of cycling fans who are obsessed with Belgian classics guys.

Second Round Notes: Uh oh… Belgian on Belgian violence! The next Boonen versus the next… I don’t even know. Evenepoel has a crazy ceiling, but time will tell what the floor looks like.

First Round Recap: Higuita took out his EF teammate Martinez in the opening round, though look for them to stay in close contact back in real life cycling.

Second Round Notes: A pair of 22-year-old climbers who won big stuff on the World Tour — Sivakov two stage races and Higuita a Vuelta stage plus several close calls. Seeding doesn’t really tell the story — these are both two big evolving stories.

First Round Recap: Asgreen left Alberto Bettiol by the roadside, not unlike the Ronde van… no wait, that was the other way around. But it’s a new decade now.

Second Round Notes: Asgreen may have beaten van der Poel in Flanders by two spots, but otherwise Mathieu has the longer resume. Whether you believe in his talent like I do, well, I guess that’s why we have voting. But this kid is a winner.

First Round Recap: Wout spit on Superman’s cape in the first round. Like I said, climbian fatigue.

Second Round Notes: Wout has his hands full this time, with the story of the perpetual winners. Skineos has bags of money, Quick Step has their magic formula. Will they be stopped before Wout? Will Wout be the one to stop them?

Second Round Notes: Not to put a finger on the scale but Hirschi, and everyone else, has their hands full with the young Slovenian. We’ll see if Hirschi can lift his game up to Pogacar’s level (coughthey’rethesameagecough).

First Round Recap: Tompid pulled off the tough win over Primoz Roglic’s delayed career. Not bad for a teenage crosser.

Second Round Notes: Classic case of potential versus realized goals. Pedersen is the world champion, but what’s coming next? More of the same? How much?