Memes of the 20s QUARTERFINAL ROUND!

Memes of the 20s QUARTERFINAL ROUND! 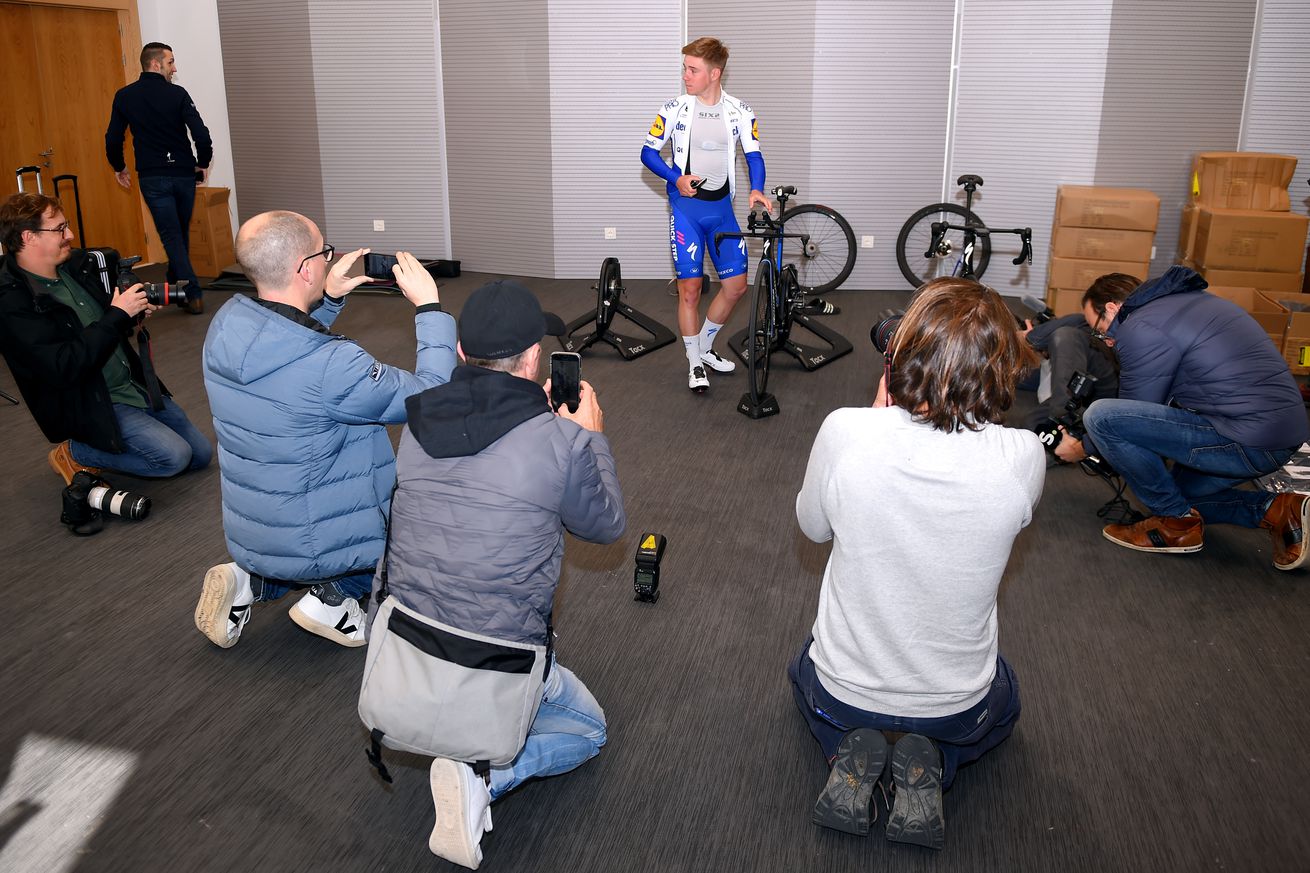 Get used to this Remco | Photo by Luc Claessen/Getty Images

Vote early and … only once.

Whoa, the second round got pretty spicy there. We had a neck-and-neck contest between Mads Pedersen and Tom Pidcock before the Danes swooped in and boosted Mads’ breakout from that battle. Then the Evergeen Skineos/Quick Step vs Wout Van Aert came down to the wire, with the dominant teams winning by a single vote! Wout continues to have a complicated relationship with Patrick Lefevre…

Anyway, we are on to the next round. I’ll give you til Thursday morning, 48 hours from now, to sort out the Quarterfinals, then we can set up the semifinals to run through the weekend, and have the final round of voting early next week. If you are just showing up to take part for the first time, never fear, you can read all about the purpose of this poll in the introductory post. Tl;dr version: pick the “story of the 20s decade” you think will matter most when we look back in 2030.

On to the next four contests…

Second Round Recap: Both Bernal and the Old Guys breezed past their second round opponents, some future American stud and Thibau Nys. The latter maybe should have been closer, and Thibau continued his march to awesomeness with another Belgian Juniors CX title. But no complaints in the end.

Quarterfinal Notes: To recap, the old guys are anyone who is too old to be a future hope, be he truly old (e.g. Valverde), surprisingly old (Primoz?), or surprisingly young (Sagan? Ala?), and who will nonetheless put together a run into the 2020s that we will well remember. Tough matchup here since Bernal just got done doing about as memorable a thing as possible, and turned 23 yesterday (happy birthday dude!).

Second Round Recap: Our biggest surprise this far! Higuita has now dispatched Dani Martinez and Pavel Sivakov with healthy margins, so I guess the hype train has left the station a bit sooner than expected. Although still three years later than the Evenepoel Express disembarked for Hysteria City (population: all of Belgium).

Quarterfinal Notes: Since this is rider versus rider, it should come down to comparing the floor, ceiling and skill set of each rider. Of course, that’s assuming these guys have ceilings. Higuita is the underdog here, and it probably comes down to whether you think he can ride his aero bike well enough, but the (thus far thin) data has some nice things to say there.

Second Round Recap: As noted above, the power teams held off Wout Van Aert’s insurgent campaign by the skin of their wallet. MvdP dropped Kasper Asgreen like a hesitant field of crossers looking around excessively on lap 3.

Quarterfinal Notes: Since Wout vs Mathieu has defined many of our lives, let’s continue the theme. Wout was one vote short of knocking the power teams off the front page in the 20s. Can van der Poel top that? He only needs to do a little better, i.e. put the mountain bike away for good and get on with the MvdP Era.

Second Round Recap: Pog thumped an unsuspecting Marc Hirschi, who snuck into the second round in a mild upset anyway before shit got really real. Mads fended off TomPid like a classics guy, luring him into an even battle before blasting away in the final segment.

Quarterfinal Notes: Really fun matchup, definitely the highlight of this round. Pog is all projection and talent, with an unlimited potential that hasn’t been scratched, while Peds is all realized potential, a monument nearly taken and a rainbow on his back. Mads is still only 24, but Tads is almost three years his junior. Is that the decider? I’d normally say yes but the disciplines roil this matchup severely. The case for Pogacar is that grand tours are bigger than classics. The case for Pedersen is that Pogacar might have a tougher time getting past his fellow young stars from the climbing set than Mads will over in Classicslandria.